All news from Enemy Within

A sado masochistic killer is out to murder a beautiful dancer called Concetta Masconi (Romina Di Lella) in Los Angeles. Amidst the Latino gang wars as seen on TV news Concetta tries to get her American dream come true. Her club owner Jack (Eric Roberts) seduces Concetta into a life way far from her expectation. According to him Concetta has to live a life under protection of his 2 street thugs. Solano (William McNamara), a LA detective investigates the attempted rape and finds himself on a wild goose chase. The DEA finds out that millions Dollars of drugs are missing from their warehouses of confiscated drugs. A good cop Nick (Damian Chapa) will find out to whom it is at all costs. He eventually begins to get closer to Concetta’s case. Meanwhile wanting to get away from all the turmoil, Concetta falls in love with a hot Latino lover Max (Paulo Benedeti). She thinks she can finally get her life back. But she only finds out too late that he might be the one who wants to kill her..…Furthermore, Gregor (Sven Martinek) appears as the mastermind to drugs and dirty snuff movie business– a real bad guy!

Long Version
Concetta Masconi (Romina Di Lella), a beautiful woman from Europe decides to make a new life in Los Angeles as her father is a hopeless alcoholic and her mother too much depending on him. Being annoyed of all, she dreams to begin a new life with happiness and luck in L.A. Even though she recognized that the world of money and frivolity doesn´t allow true feeling, Concetta’s desire for a new life never stops. L.A. is a very intense background for Concetta. Surrounding her is a corrupt Dea agency that sells detected drugs back to the gangsters. A good cop Nick (Damian Chapa) sets out to find out who is responsible for this heinous activity. We see on T.V. news the state of Mexican Cartels and other LA activities causing a city of fear. However she makes the best of her modest dancing lessons from her youth, working as a Dancer in a very soft mens ́ club.  Jack (Eric Roberts) is the club owner who wants to run her show both outside and inside of the club. Concetta gets her life going by signing up for college studying law. Since no one is sending her any help, she has to do everything on her own. Just as work is going well and her college is starting, something extraordinary happens on an unusual rainfilled night. A rubber masked person arrives at her window. Concetta is already resting when suddenly the horrible figure breaks into her window trying to rape her. That shocks her to death. In spite of his trying very hard on her, Concetta fights him off. Later police arrives because her neighbour strike alarm. A Columbo type detective yet with better look, arrives to investigate the scene of crime. Detective Solano (William McNamara) sure lets Concetta know who's in charge. He orders DNA tests and argues with her from day one about her life style, paternaly trying to guide her to a safer one. Concetta has then a security force of LAPD that watches her every move. After a few weeks of being watched, Concetta finds herself loosing her mind and requests Solano to call off the watch dogs so she can live a normal life again. Concetta meets later Max (Paulo Benedeti) who sweeps her off with his dangerous charm and streets smartness. Max takes her to beautiful beaches trying to court her at every lovely site. Now Concetta thinks she doesn ́t need anybody to watch over her with this man. Meanwhile the scenery drives us to the mastermind behind the drug trade- the bad boy (Sven Martinek) - who also has his hands in the dirty business of the snuff films. After Solano reluctantly pulls off, Jack seducing Concetta with Drugs, wants to protect her with two gangsters (Bogart and Old School). They have a tough job trying to protect her and to keep Max under control. While Concetta goes to T.J. Mexico to have a romance with Max, Solano does a warrent search on Max. Finding out in his horror that Max has a priority to violence against women, but Concetta does not pay attention to him. As Bogart and Old School, like 2 loyal knights waiting outside of the hotel room, Max gets drunk and tries to rape Concetta because he is mad she doesn ́t put out yet. Nick saves her life killing Max. Concetta gets back to her normal life again. Jack is happy he has his money machine back. Some day later Concetta sits down having a croissant and a movie at home, knowing Max is gone and she thinks she is out of trouble. But she is again kiddnaped by rubber suited figures. Bogart and Old school search in the Latino hood to find out where she is. Concetta is now being dressed in a Sado masochistic costume and threatened to be killed near the desert. A gun battle breaks out and the rubber masked figures are being revealed who they are. What a shock! 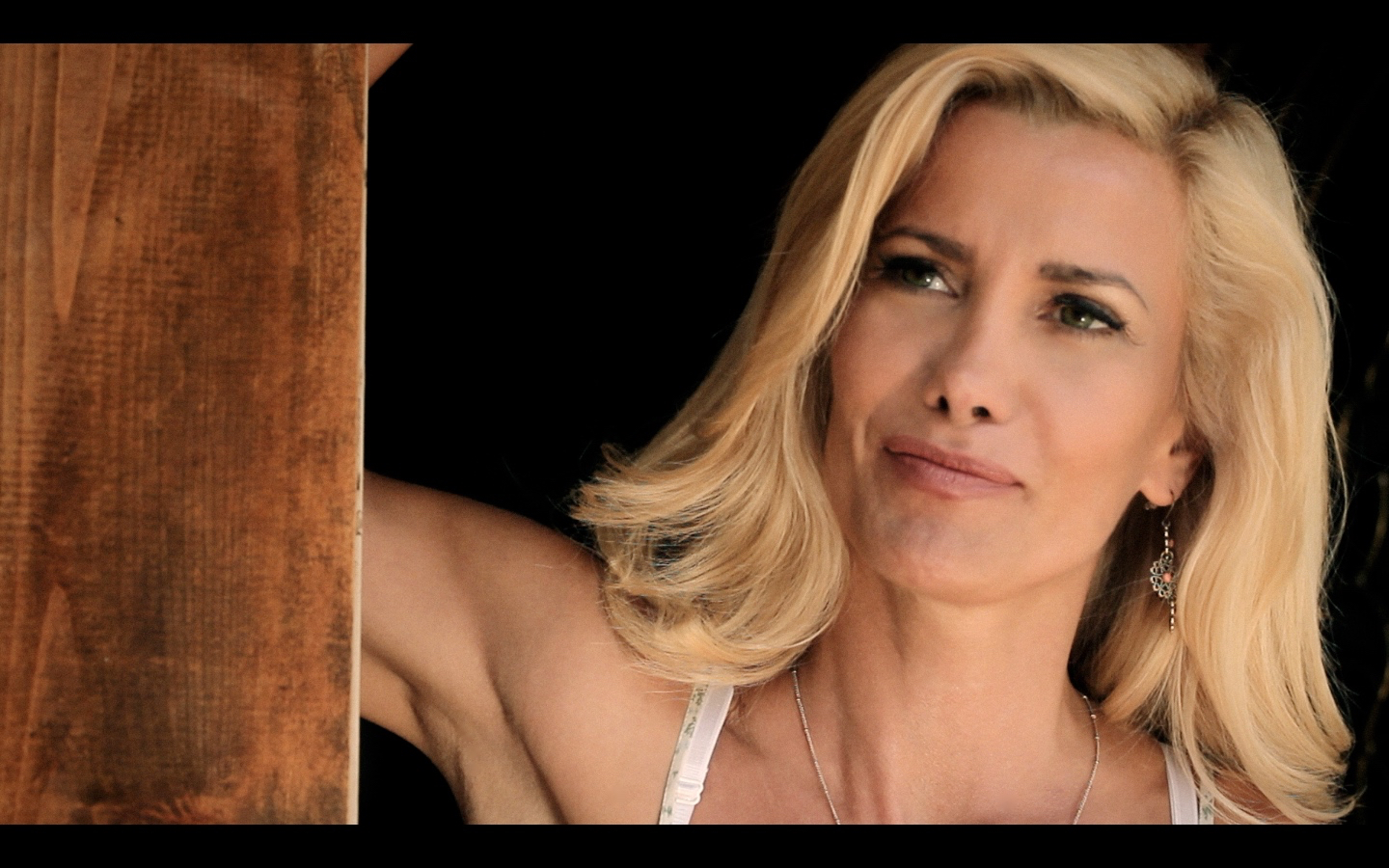 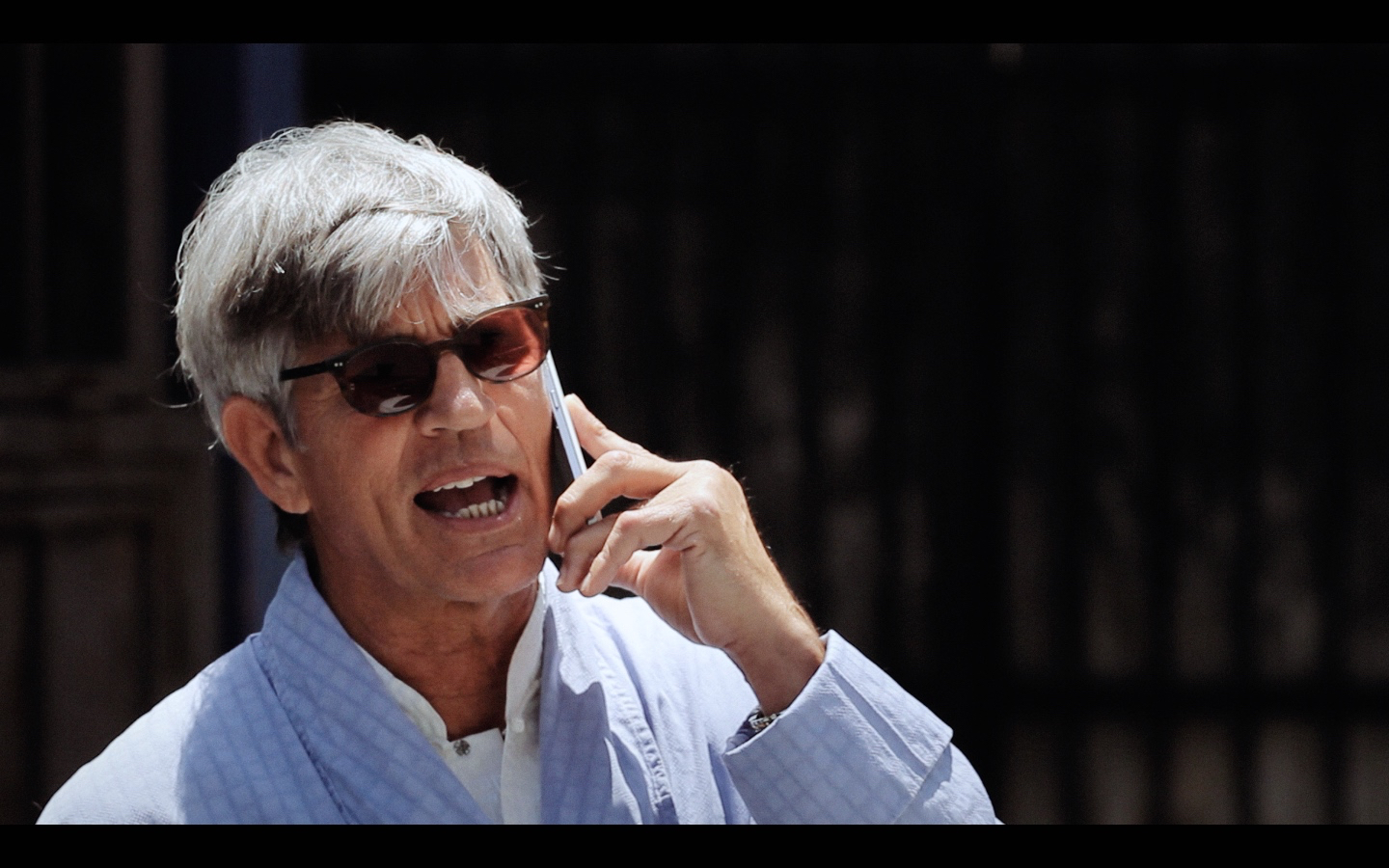 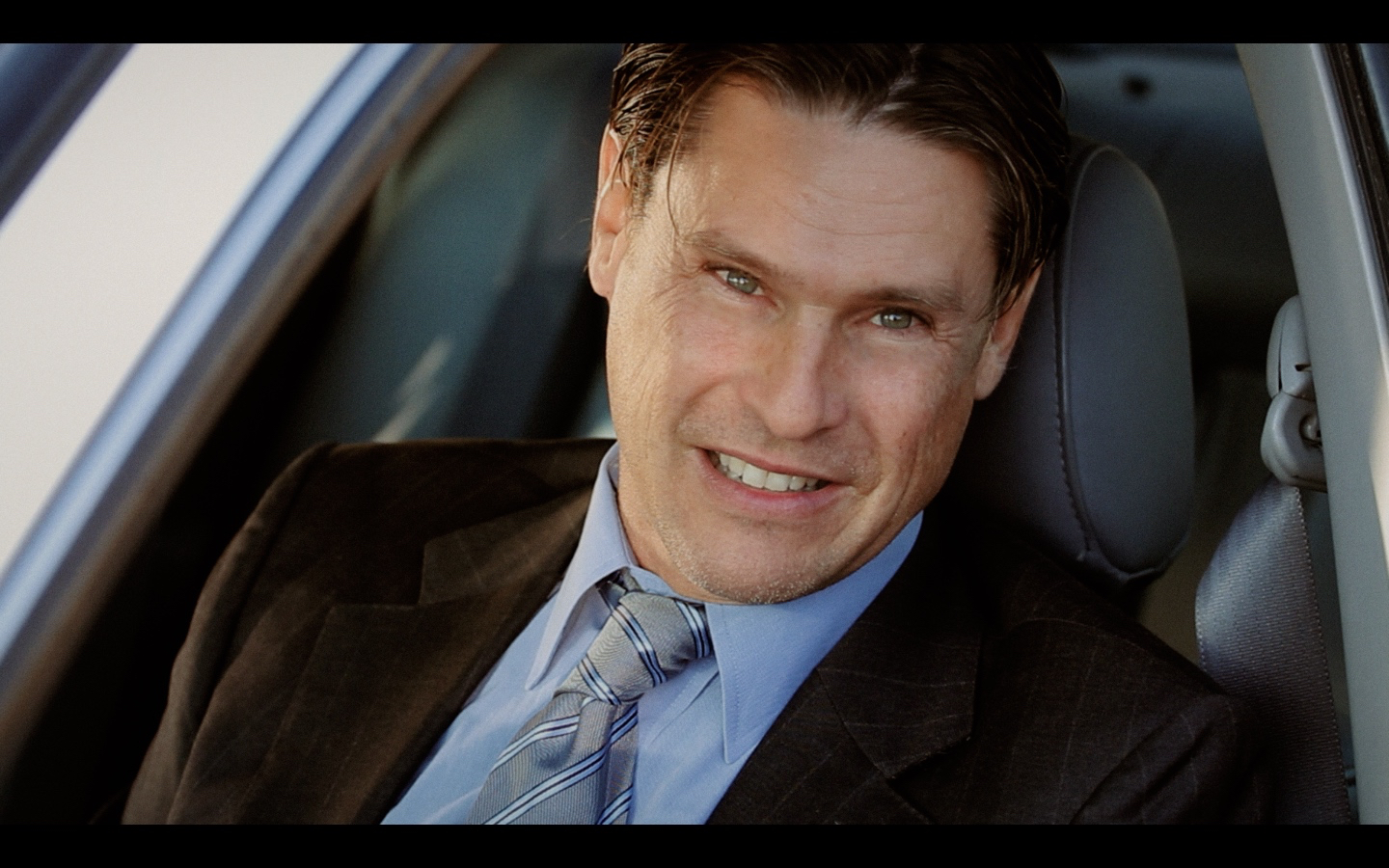 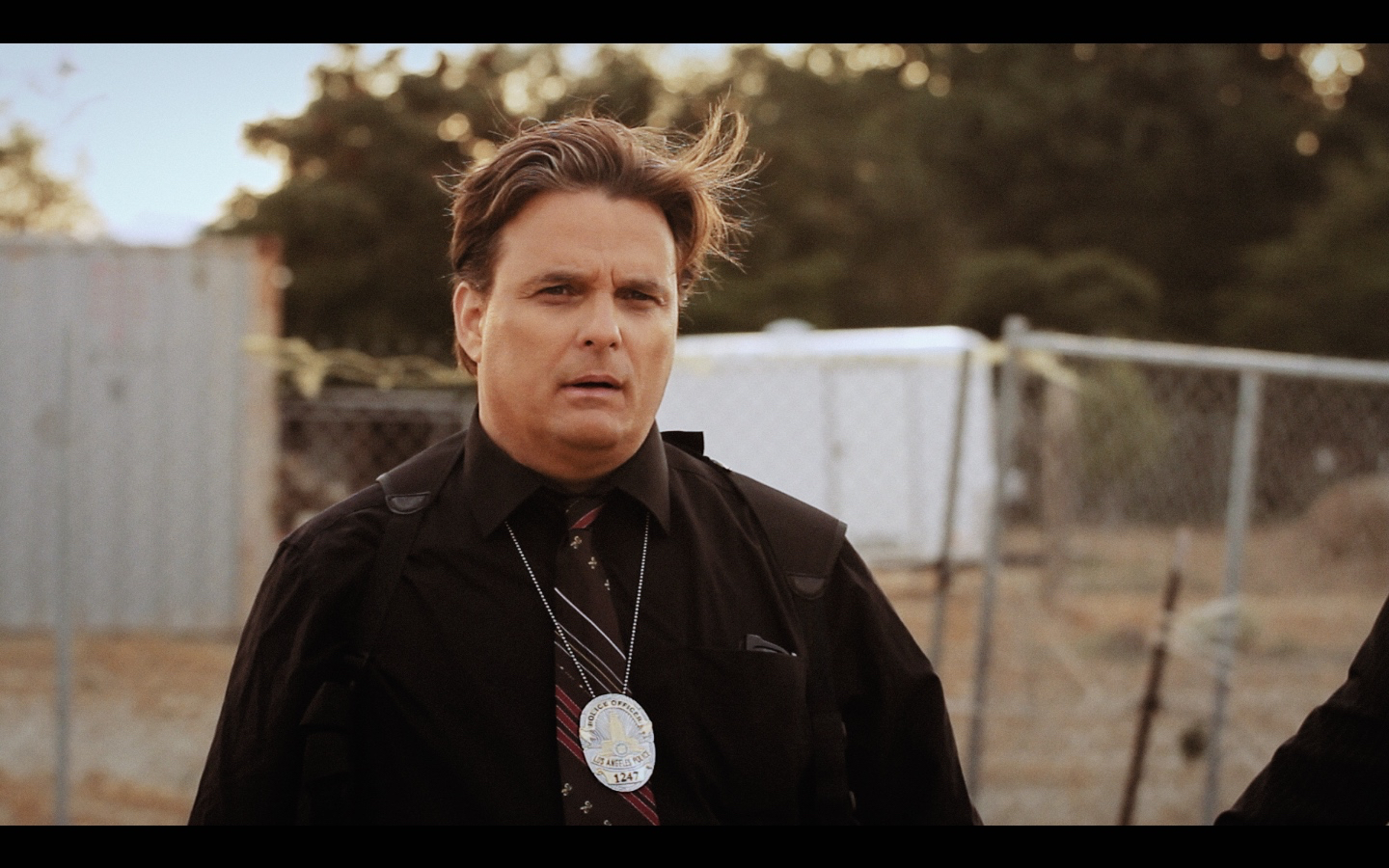 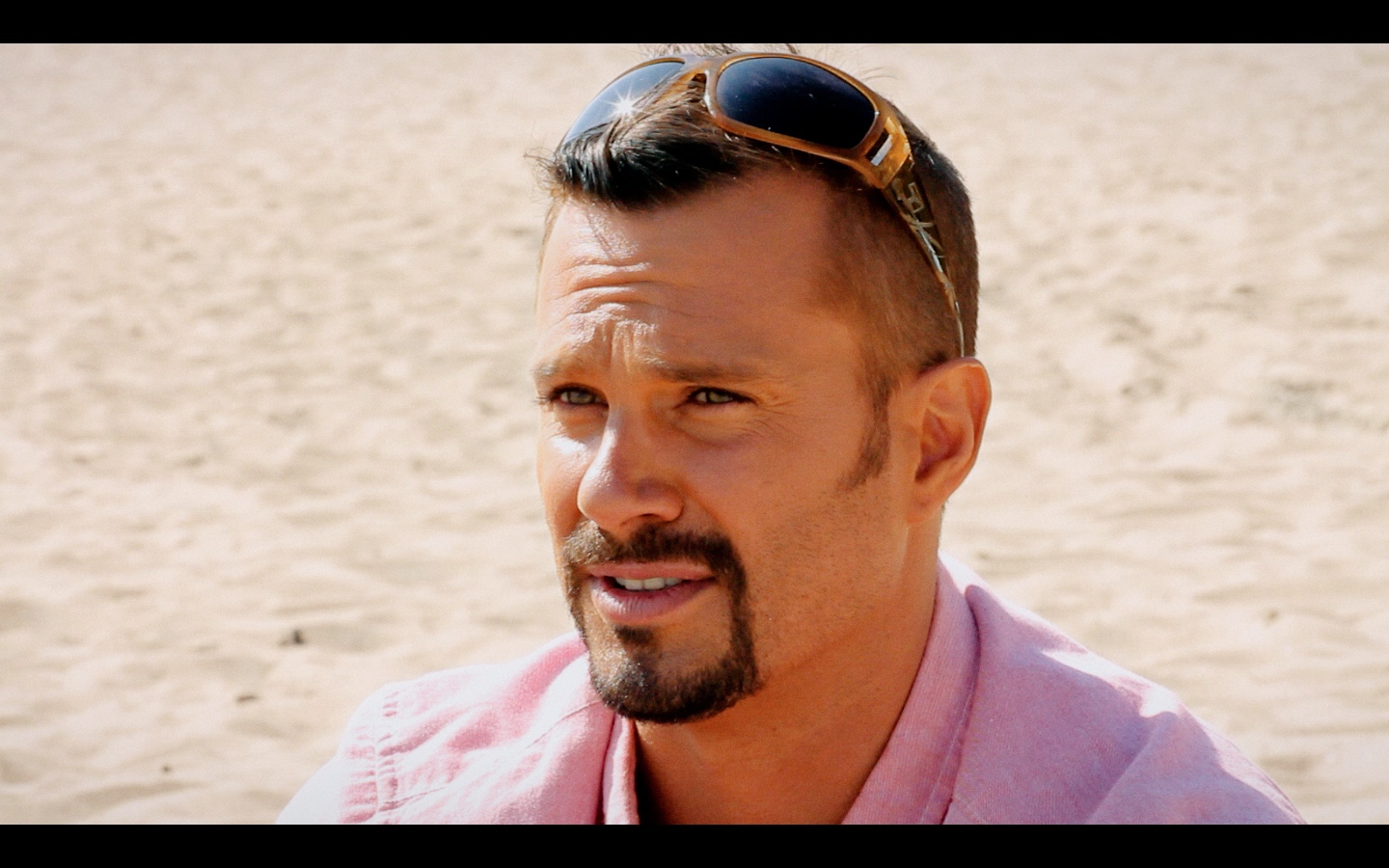 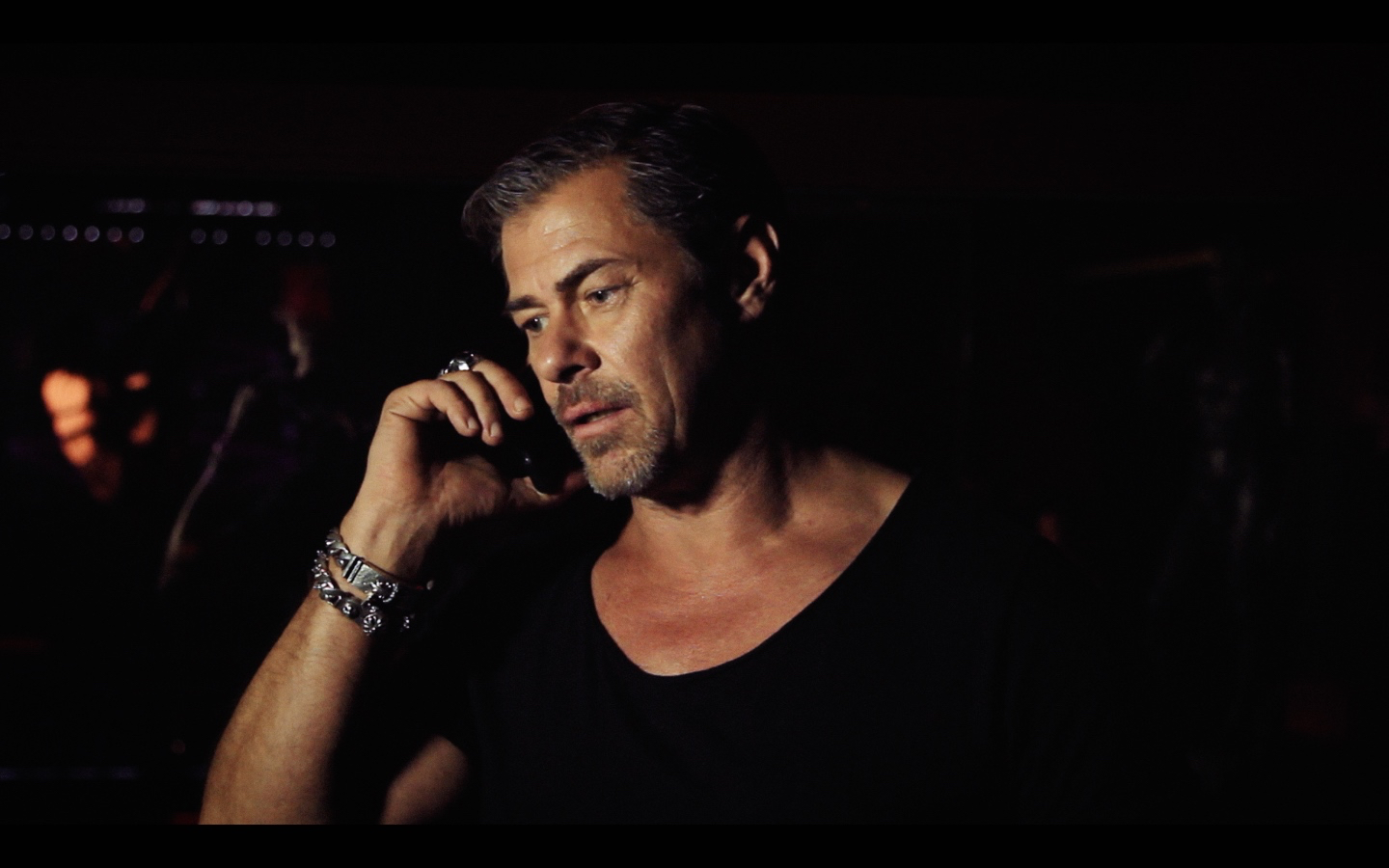 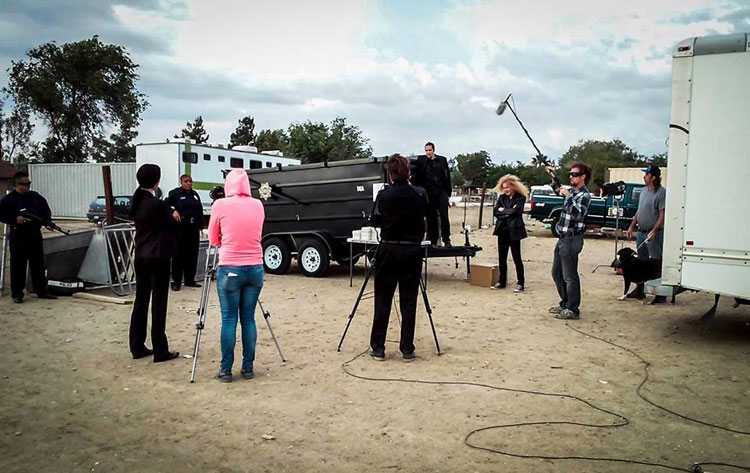 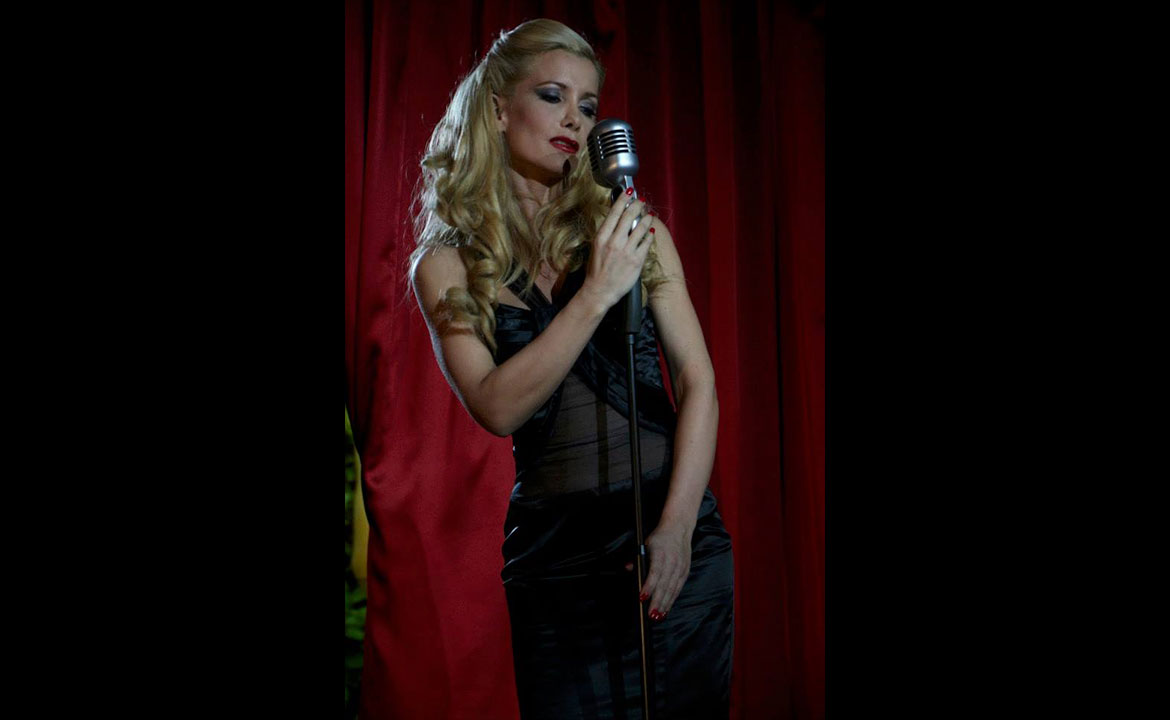 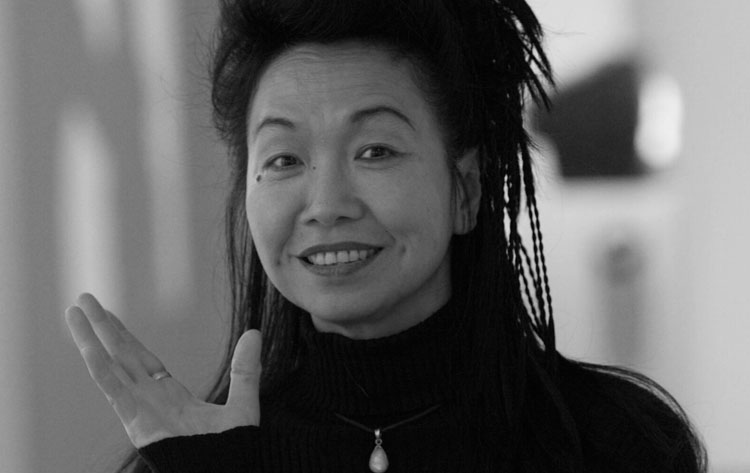 A sado masochistic killer is out to murder a beautiful dancer called Concetta Masconi (Romina Di Lella) in LosAngeles. Amidst the Latino gang wars as seen on TV Concetta the dancer, tries to gain her American dream. Her club owner Jack (Eric Roberts) seduces Concetta into a life she didn’t expect. When the rapist/killer is not found, Concetta has to live a life under protection of two street thugs directed by Jack Solano, a LA detective (William McNamara) investigates the attempted rape on Concetta finds himself on a wild goose chase. The DEA finds out that millions Dollars of drugs are missing from their warehouses of confiscated drugs. A good cop Nick (Damian Chapa) will find out to whom it is at all costs. He begins to get closer to Concetta’s case, trying to find out who tried to kill and rape her. Concetta wants to get away from all the turmoil and falls in love with a hot Latin lover Max (Paulo Benedeti). Concetta thinks she can finally get her life back with Max. But she finds out too late that he just might be the one who wants to kill her. Furthermore, will appear the mastermind to drugs and dirty snuff movie business (Sven Martinek) - a real bad boy! 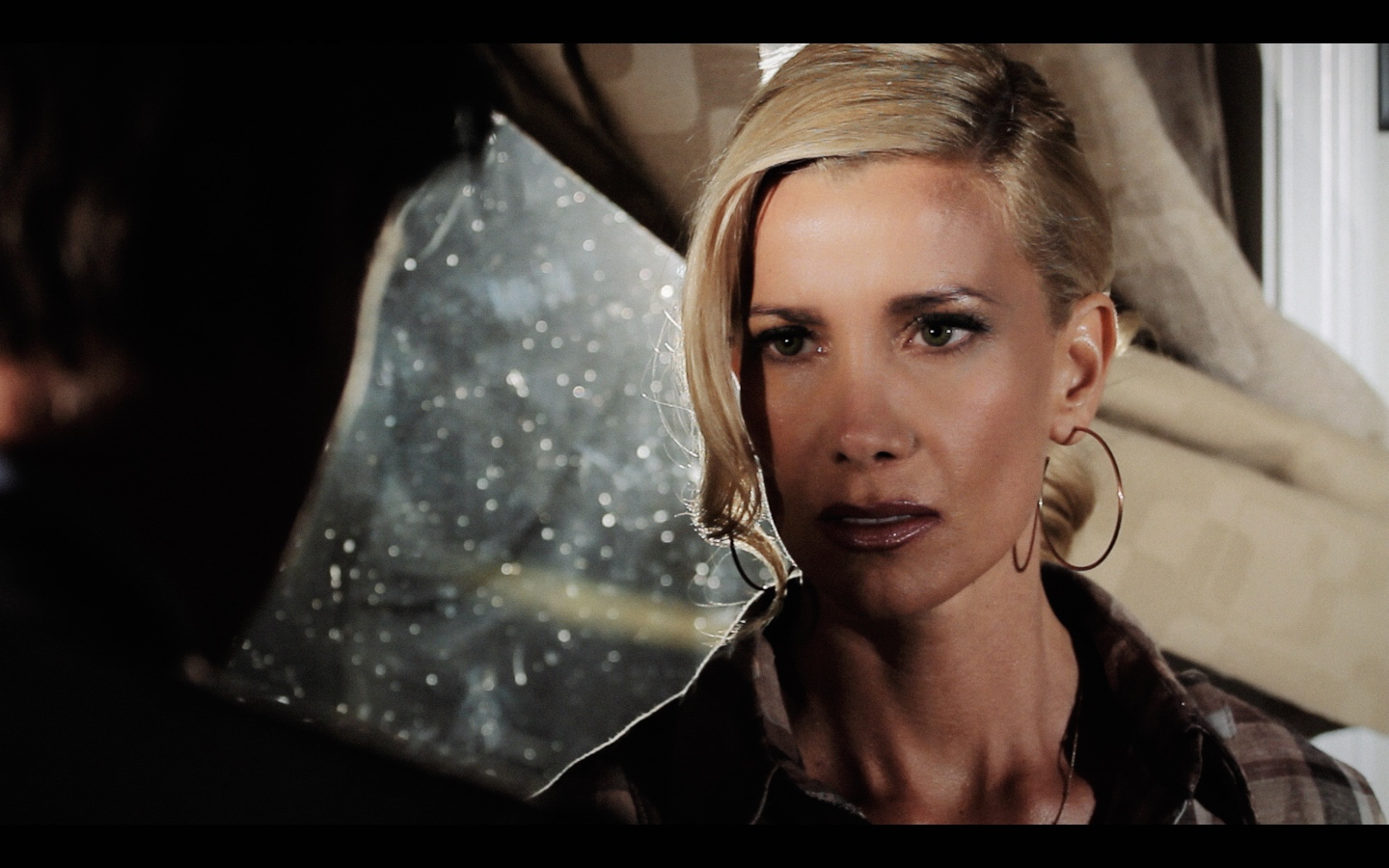 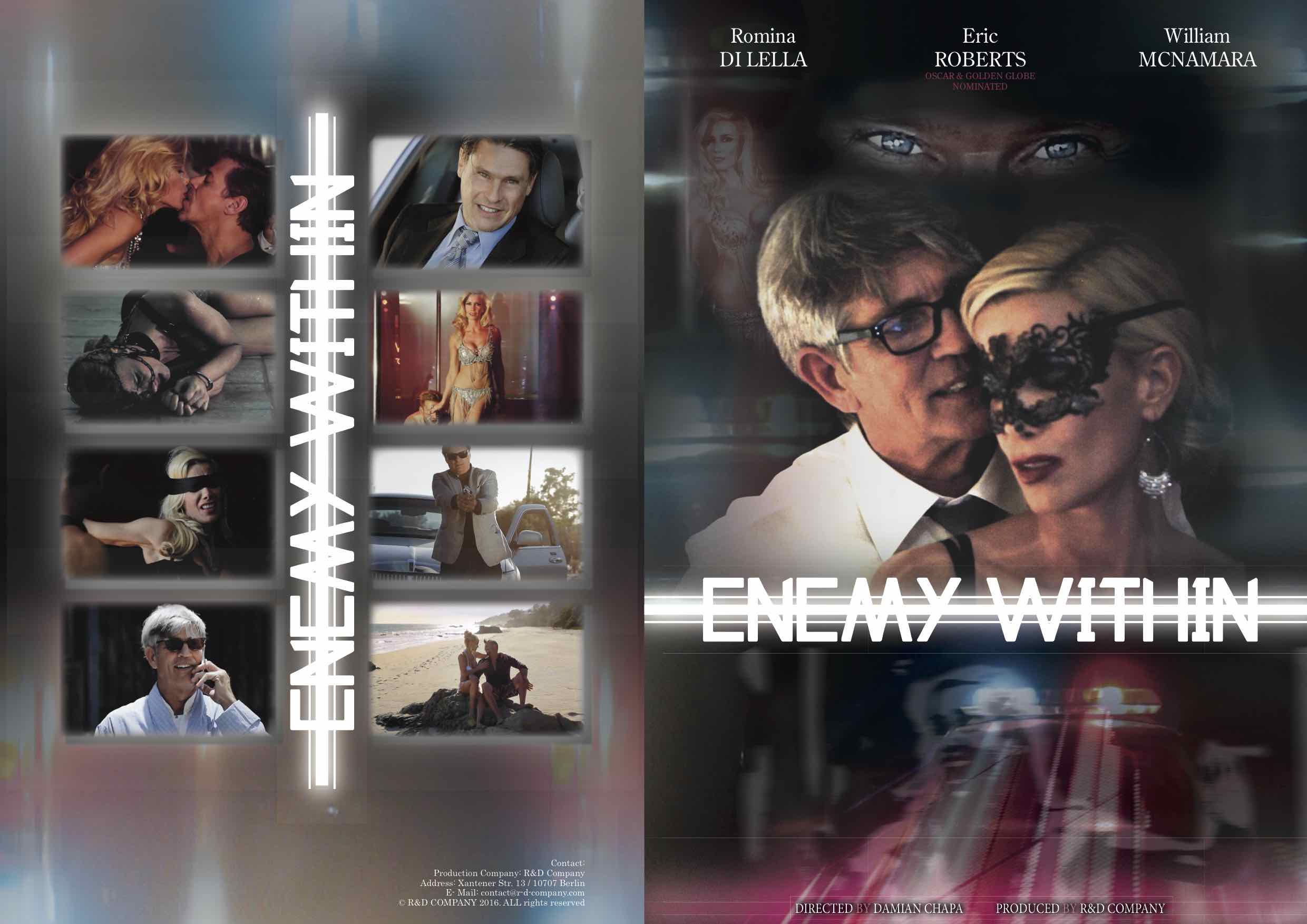